In Voxel Bot you play as a robot that needs to clear all cubes in the level. By jumping from cube to cube you change the color of the cubes and when all the cubes are purple you cleared the level. To make your goal harder there are enemies that you can’t touch or trying to catch you. To make it even more challenging there are spikes that strike when you are too long idle on a cube. The levels will get more complex progressing the game. New mechanics will be introduced like a green cube that will let you move further and a cube that can be solid or not solid by pressing a button.

In this game, the player controls a cubicle robot, who starts each game on a grid of cubes and moves by hopping diagonally from cube to cube. Landing on a cube causes it to change color, and changing every cube to purple allows the player to progress to the next stage.

If you enjoyed this game, please consider purchasing one of my games on steam.

Nice Game! I would love there to be levels where you can only step on a tile one time, or ones where each time you step on a tile it toggles on and off! -Michael

Reply
The GDWC1 year ago

This game was AMAZING! The music was so great I could listen to it anytime and the puzzles were progressively getting more difficult. I really liked how there were crosses on where the frogs could move and that the two different frogs had different behavior. I have nothing else to say but great job and keep up the good work! :D

I don't know if you've heard of Game Development World Championship before (gdwc2019) but it's a competition for indie game developers where they can submit their games and it's free! It's great if you want some more visibility for the game and it only takes a couple of minutes to join :) 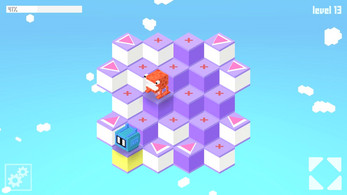 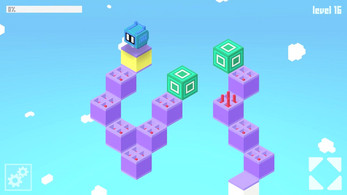 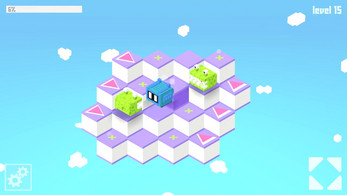 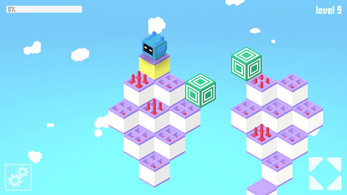 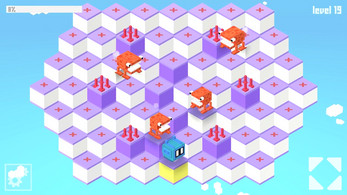 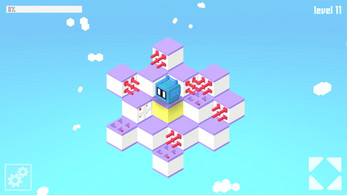 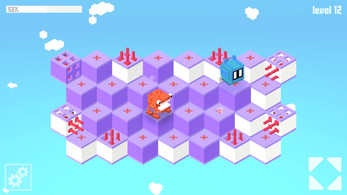 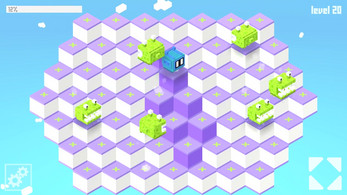