Tricky Cow is a platformer in which you have to clear all platforms (walk or jump on them until the star is yellow; when you leave the platform it will disappear) and get to the cowbell to advance to the next level. The movement is like Mario but the levels are one-screen (no side-scrolling).

Sometimes you have to think twice, or even thrice to figure out the correct way of finishing the level. Lots of thinking and fun!

The levels will gradually become harder while new mechanics get introduced. Like it’s predecessors the game has all unique mechanics only seen in this release like the timer tile. The timer tile is extra tricky because you need to be standing on it for about 2 seconds. Standing on the tile for 2 seconds does not sound difficult but it is when you have to dodge incoming projectiles.

The flying spike projectiles are coming from another new tile that shoots in different directions so be sure to deactivate those tiles fast. There is also a trampoline that boosts you upwards without delay so having good reflexes will come in handy. All the tiles need to be deactivated to let the level goal appear and so you can progress to the next stage.

Do you think being a cat or a fox was to easy? Try being a cow!

If you enjoyed this game, please consider purchasing one of my games on steam.

Let's just skip past the burning questions like, "how did this cow end up in this world of strange blocks?" and "since when can cows jump this high?" and instead focus on the important things like how darn addictive and mind-manglingly fun this game is (also, if a cow can jump over the moon it can certainly jump over a few measly blocks).

OK, so the premise is super simple. You play as a cow, and you have to land on every block in a level to complete it. But, there's a teensy twist in the tail. Some blocks fire projectiles at ya. Some blocks have spikes ready to stick ya every other jump you make. Some blocks have to be stood on for a certain amount of time before you can jump off and count them as stood on. And sometimes you're going to do things in the wrong order or take a spike up the bum. You just gotta move on and try again!

This is 40 levels of pure brainteasing, platforming fun and I'd certainly recommend it to anyone looking to pass some time jumping around one screen levels as a bovine.

(I had an issue with this game not loading in my browser so I played it through the GameJolt app which apparently means there's no sound. At first I thought it was an issue with the game itself but after having other issues with the GJ app I've deduced that the fault lies at their feet and not the game! Just a side note!)

Anywho, get stuck in everyone, and keep up the awesome work Mr. Nannings! =)

Reply
The GDWC1 year ago

Very interesting game! It got progressively more difficult and I like how you slowly introduce more mechanics to the game. The cow sprite is a lot bigger than the blocks so I felt like I fell down the blocks even if I thought I landed perfectly on them. Other than that the game was very enjoyable and I liked the music :D

I don't know if you've heard of Game Development World Championship before (gdwc2019) but it's a competition for indie game developers where they can submit their games and it's free! It's great if you want some more visibility for the game and it only takes a couple of minutes to join :) 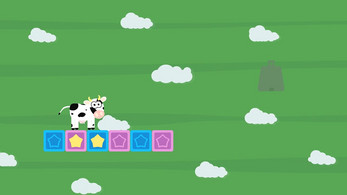 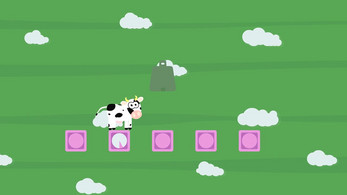 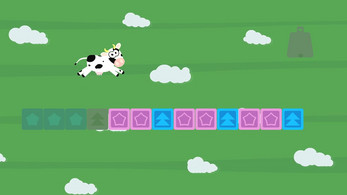 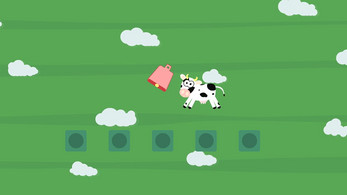 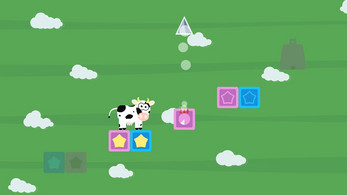 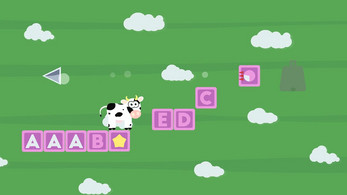